Freeciv is a turn-based strategy game, in which each player becomes the leader of a civilization. You compete against several opponents to found cities, use them to support a military and economy, and finally to complete an empire that survives all encounters with its neighbors to emerge victorious. Each opponent may be either another human or be controlled by the computer. All players begin at the dawn of history with a handful of units -- typically with an explorer and a couple of settlers in 4000 BCE -- and race to expand outward from those humble beginnings.

Achieving success requires a balance between economic expansion, military strength, and technological development. Not only must you develop all three in concert to both expand and successfully defend your empire, but any of the three may provide victory over your opponents! 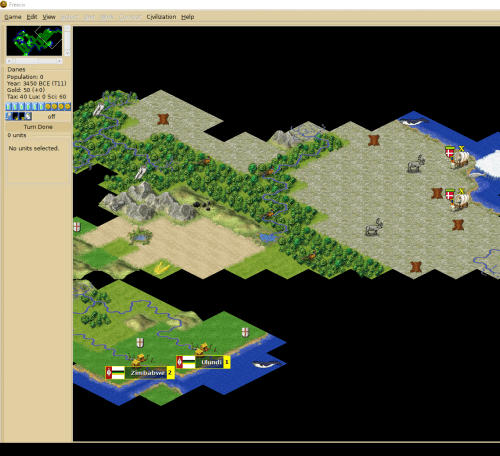